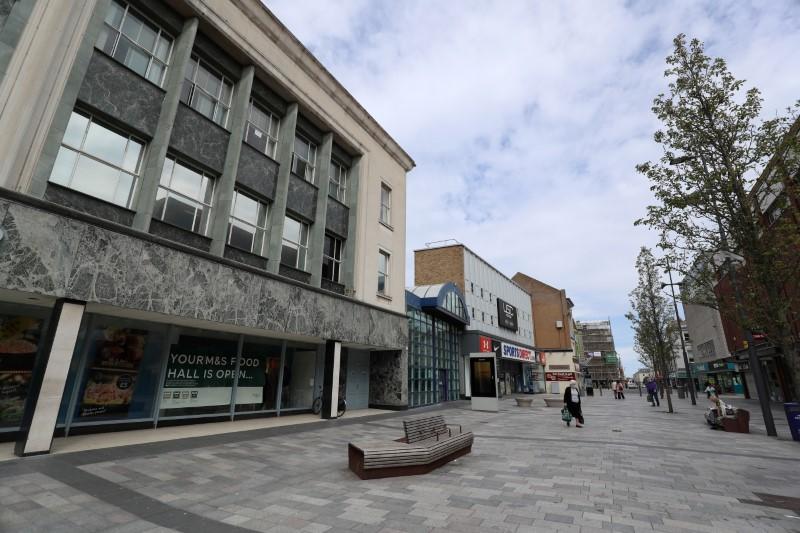 LONDON (Reuters) – British consumer confidence in late May fell to its lowest level since the global financial crisis over a decade ago as people worried about a rise in unemployment and falling house prices caused by the coronavirus crisis, a survey showed on Friday.

GfK, a polling firm, said its consumer confidence index slipped to -36 in second half of the month from -34 in the first two weeks, its lowest since January 2009 and not far off a series low of -39 touched in July 2008.

“With no sign of a rapid V-shaped bounce-back on the cards, consumers remain pessimistic about the state of their finances and the wider economic picture for the year to come,” GfK’s client strategy director Joe Staton said.

The one positive note from the survey came from a six-point rise in a measure of how willing consumers are to buy expensive items, he said.

“As the lockdown eases, it will be interesting to see just how the consumer appetite for spending returns in a world of socially-distanced shopping and the seismic shift to online retailing,” Staton said.