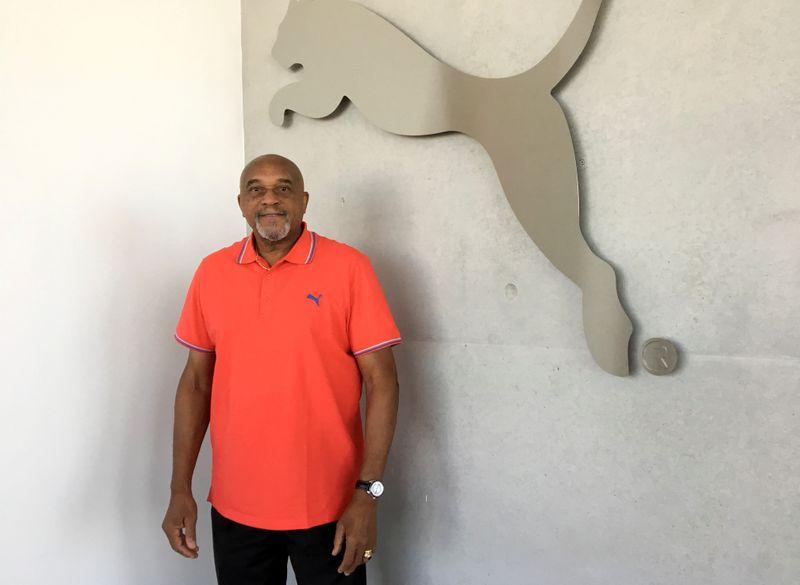 (Reuters) – Tommie Smith was once among the fastest men on the planet but it is the raised-fist protest he took part in at the 1968 Olympics in Mexico City, a gesture that became a symbol of the civil rights era, that he remains most known for.

After breaking the 200 metres world record, Smith and fellow American John Carlos, who finished third, stood on the podium in black socks with their heads bowed and black-gloved fists in the air during the playing of the U.S. national anthem.

The image became an enduring symbol of the turbulent 1960s and the fight for racial equality. It was widely interpreted as a black power salute, but Smith later described it as a “human rights salute.”

Smith and Carlos, who said they wore the black socks to represent black poverty, were suspended from the U.S. Olympic team and sent home, where they received death threats and hate mail.

“I knew it would have an impact but I didn’t know how far it would go,” Smith told Reuters in 2018 ahead of the 50th anniversary of the fist-raising protest.

“It was a calling for me to do it … A lot of people had died for the sake of equality. That was my chance. I had a platform.”

The protest, which occurred not long after the assassination of Rev. Martin Luther King Jr., cost Smith and Carlos dearly as they were heroes to their contemporaries but pariahs to the establishment.

For decades the two sprinters were left on the sidelines of the official U.S. Olympic movement. Their 2016 visit to the White House, along with U.S. Olympic committee leaders, marked the first official event they’d been part of since their ouster.

“Without sacrifice, there can be no forward movement,” Smith said in 2018. “You have to give up something before you can receive something and usually that something is much better.”

One of a sharecropping family of 12 children who grew up in Texas, Smith had the ideal build for a long sprinter along with trademark-accelerations down the stretch that made him one of the most versatile sprinters in history.

Smith set 11 world records, including the 200- and 400-meter marks, and was just 24 when his sprinting career was cut short.

In Mexico City, Smith completed the 200 metres in 19.83, a time that stood for 11 years and one he said could have been even faster if he had not lost speed by raising his arms in triumph over the final strides.

A towering figure with the gift of speed, Smith was even drafted by the National Football League’s Los Angeles Rams in 1967.

He later signed to play for the Cincinnati Bengals of the American Football League and for three years played on their practice squad as a wide receiver. During the 1969 season, he played in two games, catching one pass for 41 yards.

Last November, Smith and Carlos received the U.S. Olympic and Paralympic Committee’s highest honor as they were inducted onto the organisation’s Hall of Fame.

Reporting by Frank Pingue in Toronto, editing by Pritha Sarkar