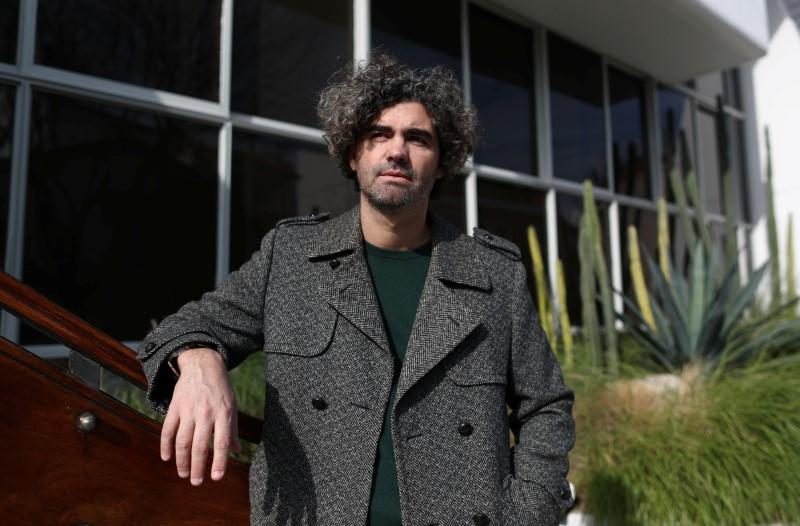 Grondona was a larger than life figure who was known as “the Godfather” and ruled Argentine football for more than three decades.

He died in 2014 and the eight-part series, scheduled to stream on Amazon’s video service from Friday, has Grondona posthumously recounting stories about football’s dirty deals.

“I find it super interesting to imagine Don Julio telling the story from the other side,” Armando Bo, the series’ creator, director and executive producer, told Reuters. “Because he tells it in a relaxed way, having lived it and with nothing to lose.”

“It’s one of these cases where the truth is stranger than fiction so I was kind of forced to make it comedy, satire,” said Bo, who won an Oscar for Best Original Screenplay for “Birdman” in 2015.

The Argentine-Chilean co-production is based around the real-life rise and fall of Sergio Jadue, who shot to prominence as the president of the Chilean football association in 2011.

Chile won the Copa America under his presidency but Jadue became an informant in the corruption scandal surrounding the sport’s governing body FIFA and pleaded guilty to racketeering conspiracy and wire fraud conspiracy.

He was banned for life by the FIFA ethics committee in 2015.

The series is shot in several cities in Latin America, Europe and the United States and stars Karla Souza (“How to Get Away with Murder”), Andres Parra (“Pablo Escobar: The Drug Lord”), Paulina Gaitan (“Narcos”), and features Luis Margani as Grondona.

Writing by Andrew Downie in London; Editing by Frances Kerry

Fossils: Cave woman one million years older than thought
Migrants die daily in lorries hot as ‘gates of hell’
Boris Johnson to say now not time to give up on Ukraine
Dame Deborah James: Tributes paid to ‘unfalteringly brave’ cancer campaigner
Browns’ gamble on Watson looks shakier than ever