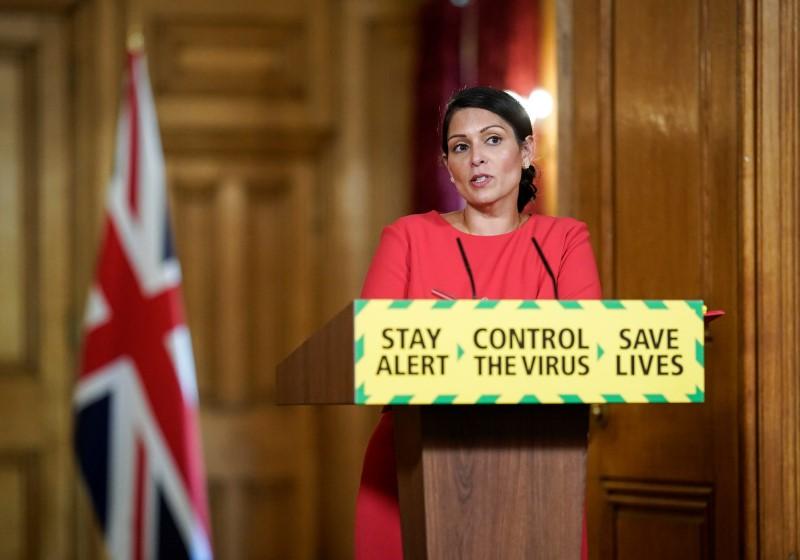 (Reuters) – Britain’s quarantine for travellers arriving from abroad, which will be introduced from June 8, is crucial to avoiding a second wave of the coronavirus outbreak in the country, Interior Minister Priti Patel and Transport Minister Grant Shapps said.

“From Monday, people arriving to the UK will need to self-isolate for 14 days”, the ministers wrote in the Telegraph newspaper late on Tuesday.

All international arrivals, including returning Britons, will have to self-isolate for 14 days and provide details of where they will be staying under the plans, which were criticised by airlines, business groups and politicians alike when they were announced.

“Travel details and passenger contact information will need to be provided. There will be spot checks and fines,” Patel and Shapps wrote, adding there was a lot of “misinformed speculation about the introduction of public health measures at the border”.

The ministers said that as of now, COVID-19 tests or rapid temperature tests were not effective, as infected passengers may not have any symptoms and tests may also not work where a passenger may have only just caught the virus.

“Which is why it is right that we ask those who are travelling to our country to follow the measures that our own citizens are undertaking to continue to stop the spread of the virus,” Patel and Shapps said.

The government will review the measures and is working with the transport industry on introducing agreements with other countries when it is safe to do so, they added.

Reporting by Kanishka Singh in Bengaluru; Editing by Lincoln Feast.