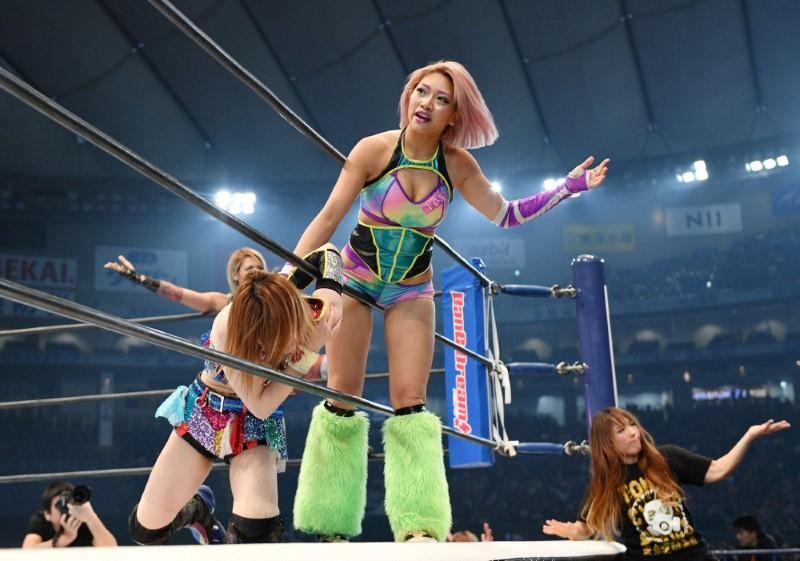 TOKYO (Reuters) – The recent death of Hana Kimura, a bubbly, pink-haired 22-year-old wrestler and reality TV show star, has spotlighted a rise in cyber bullying in Japan and prompted swift official pledges to do more to protect victims.

Kimura, a cast member on the popular program “Terrace House”, was found dead at her home on May 23 from an apparent suicide after being deluged with negative comments on her social media feeds.

Acutely aware of the public debate spurred by her death, Japan’s ruling party is holding hearings from this week to consider legal changes that will help cyber bullying victims seek justice.

“People must understand where the line between constructive criticism and abuse lies,” Junko Mihara, a member of the ruling Liberal Democratic Party who is leading the party’s team on online harassment, told Reuters.

Kimura’s death has been a lightning bolt as many Japanese spend more time online because of coronavirus lockdown measures. Celebrities, politicians and companies have all weighed into the debate.

In a 2018 Ipsos poll, Japan ranked the highest among 28 countries saying cyber bullying prevention measures were insufficient, but among the lowest for public awareness about online abuse. Government data showed the number of reported cyber bullying cases at schools more than doubled in the four years to 2018.

Yet the legal recourse for victims – a lengthy court process to impel internet service providers to identify anonymous posters before those posters can be sued – has not changed since a law was established in 2001, before Twitter or Facebook were created.

Experts and victims have welcomed the political momentum to update the law.

“On the internet, the balance between freedom of speech and dignity is completely skewed, with no protection in place for personal dignity,” said Daisuke Tsuda, an author of several books about online media.

But Tsuda cautioned against knee-jerk regulation that could allow authorities to regulate content on social media, preferring changes to legislation that would expedite the process of identifying anonymous posters.

Indonesian-Japanese Kimura was a cast member on the latest season of “Terrace House”, a show produced by Japan’s Fuji Television Network and distributed globally by Netflix, which put six young people in a home together and let viewers watch their daily interactions.

Unlike the globally franchised “Big Brother” there’s no end goal or major prize and the series became known for its gentler story lines and general lack of high drama. But some critics claim it did have a darker side, particularly via a panel of celebrity watchers who provided sometimes biting commentary on the house members.

Kimura, who was introduced as a fun-loving jokester, attracted increased negative attention online after upbraiding a housemate for ruining one of her wrestling costumes. Kimura was also attacked for her appearance, with many posts calling her ugly and a few calling her a “gorilla”, an apparently racist reference to her Indonesian heritage.

On May 23, she posted images of bloodied, apparently slit wrists on Twitter and wrote that she was hurt by posts telling her to “die” and “disappear”.

“I wanted to be loved. I’m sorry for being weak,” she wrote just hours before her death. Authorities have not formally announced the cause, but police investigators reportedly found a suicide letter at her house.

Fuji TV president Ryunosuke Endo said he was sorry for not giving Kimura the “delicate and consistent” support she needed. The network has deleted several tweets linked to the current season, including one promoting the costume incident, and cancelled the rest of the current season. It said it has no plans to make a new series.

Netflix extended “sincere condolences” to Kimura’s family in a May 23 tweet, and declined to comment further. The season remains available on the streaming service’s Japanese platform.

Along with lawmakers, internet service providers have sensed the mood around Kimura’s death.

Yahoo Japan has said it would share its technology with other social media to detect abusive posts, and launch a review panel including legal experts this month.

Hana Kimura reacts during the women’s professional wrestling ‘Stardom’ match at Korakuen Hall in Tokyo, Japan, January 19, 2020, in this photo taken and released by Nikkan Sports, and obtained by Reuters on June 2, 2020. Picture taken January 19, 2020. Nikkan Sports/Handout via Reuters ATTENTION EDITORS THIS IMAGE WAS PROVIDED BY A THIRD PARTY. JAPAN OUT. MANDATORY CREDIT. NO RESALE. NO ARCHIVES.

Smiley Kikuchi, a comedian who has long received online abuse stemming from a false rumour he was involved in a murder case, said the internet had moved faster than legislation.

“People are getting the abuse I got over 20 years in just six months now. That’s how quick and devastating the damage is,” he told Reuters. “And yet the law has barely changed.”

Amid the chaos, Packers could emerge on top
CNN’s Chris Cuomo suspended over help to governor brother
Virtual yacht sells for $650,000 and other tech news
Capitol riot: Michael Jackson imitator clashes with judge in court
Covid: All UK adults should get booster, say advisers JCVI