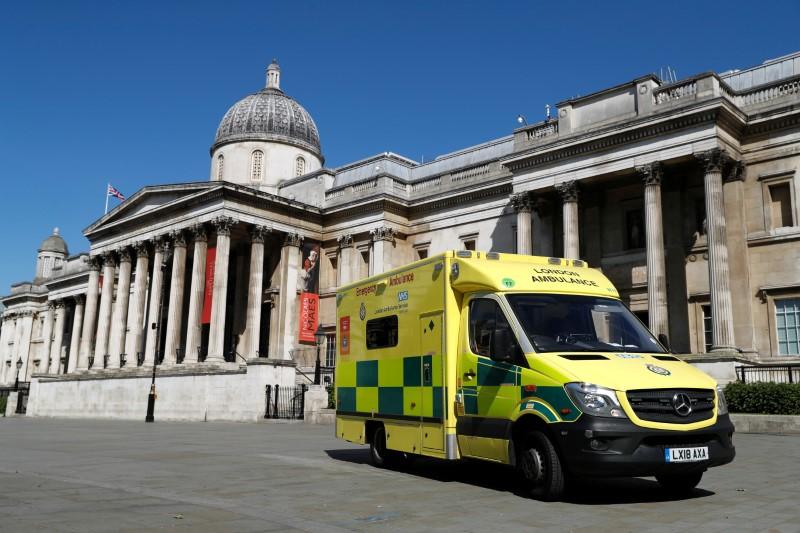 An ambulance is seen parked outside the National Gallery in Trafalgar square, following the outbreak of the coronavirus disease (COVID-19), London, Britain, May 29, 2020. REUTERS/John Sibley

LONDON (Reuters) – The United Kingdom’s death toll from people who tested positive for COVID-19 has risen by 324 to 39,369, the government said on Tuesday.

A separate tally of deaths using official data sourced from each of the United Kingdom’s four countries, drawn mostly from death certificate data and including suspected cases, showed a total of nearly 50,000 earlier on Tuesday.