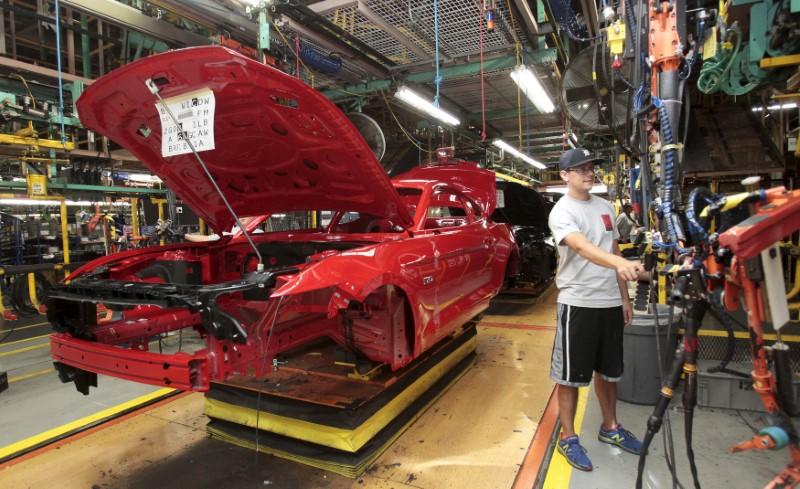 WASHINGTON (Reuters) – U.S. manufacturing activity eased off an 11-year low in May, the strongest sign yet that the worst of the economic downturn was behind as businesses reopen, though the recovery from the COVID-19 crisis could take years because of high unemployment.

The Institute for Supply Management (ISM) said on Monday its index of national factory activity rose to a reading of 43.1 last month from 41.5 in April, which was the lowest level since April 2009. A reading below 50 indicates contraction in manufacturing, which accounts for 11% of the U.S. economy.

“Today’s report on the manufacturing sector represents good news that hints the economy is turning the corner as the states reopened in May,” said Chris Rupkey, chief economist at MUFG in New York. “It will not be a quick recovery for sure, but at least the worst is over.”

The first increase in the ISM index since January mirrored improvements in regional manufacturing surveys in May and suggested April was the nadir for economic activity. A survey on Monday from data firm IHS Markit also showed stabilization in manufacturing conditions in May.

“The coronavirus pandemic impacted all manufacturing sectors for the third straight month,” said Timothy Fiore, chair of the ISM Manufacturing Business Survey Committee. “May appears to be a transition month, as many panelists and their suppliers returned to work late in the month. However, demand remains uncertain.”

About 21.4 million jobs were lost in March and April and at least another 8 million are expected to have been shed in May.

The economy contracted at a 5% annualized rate in the first quarter, the worst performance since the 2007-09 recession. Gross domestic product is expected to decline at a rate as sharp as 40% in the second quarter, which would be the biggest contraction in output since the Great Depression of the 1930s.

Stocks on Wall Street were little changed as investors turned cautious amid country-wide protests over race relations and a flare-up in tensions between Washington and Beijing. The dollar fell against a basket of currencies. U.S. Treasury prices slipped.

The ISM’s forward-looking new orders sub-index increased to a reading of 31.8 in May from 27.1 in April, which was the lowest since December 2008. The survey’s measure of order backlogs at factories rose to 38.2 last month after plummeting to a reading of 37.8 in April.

There was also an improvement in the ISM’s measure of factory employment, which advanced to a reading of 32.1 in May after plunging to 27.5 in the prior month, which was the lowest since February 1949.

A separate report from the Commerce Department on Monday showed construction spending dropped 2.9% in April, the largest decrease since October 2018, after being unchanged in March.

Economists had forecast construction spending declining 6.5% in April. The construction sector has fared better than other segments of the economy as some of the large projects were likely put in place months before the COVID-19 pandemic.

In addition, many states regarded the industry as essential business, when restaurants and other social gathering venues were shuttered in mid-March to slow the spread of COVID-19.

The industry is also being supported by near record low interest rates. In April, spending on private sector construction projects dropped 3.0%. Outlays on homebuilding tumbled 4.5%. Spending on nonresidential structures, which include manufacturing plant and mining exploration, shafts and wells, decreased 1.3%. Investment in public construction projects fell 2.5% in April.